Man-Bot Tribute! From the Vault

This month’s From the Vault is a tribute to the Man, the Bot, the Legend:  Man-Bot.

Man-Bot is one of the most beloved characters from the Freedom Force games.  Struck by an errant bolt of Energy X, the erstwhile playboy Ted Taylor had no choice but to don a steel suit in order to contain the massive surges that would otherwise devastate all those around him.  Thus was the Man-Bot born – a metal-plated warrior and tragic hero for the ages. 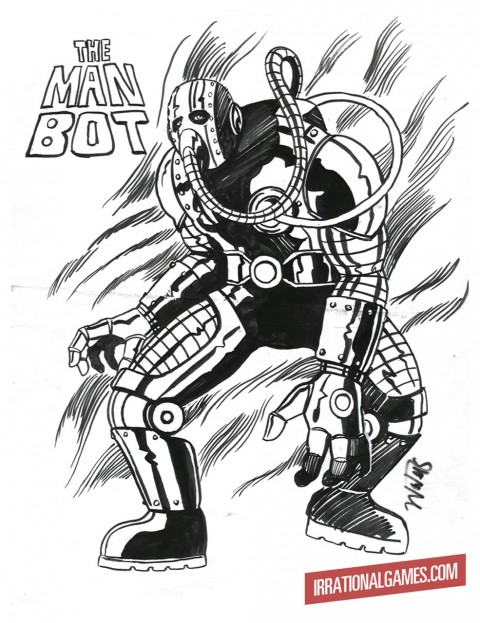 Robb Waters tells the story behind this inking:

“The black and white Man-Bot picture is the first I ever drew of him.  I drew this before I even started at Irrational.

“Way back in 2000, I cold-called Irrational when I was looking to get back into the industry, to see what project they were working on.  I spoke to Ken and he told me they were making an original superhero game called Freedom Force. He rattled off a few names of potential characters he had in mind to give me the flavor of the game.  When he said “Man-Bot” I instantly envisioned this guy in a metallic  Snuffleupagus suit and faxed the drawing over along with my resume.  Ken loved it.  I think seeing my take on the character and potential vibe of the project secured me a seat at Irrational.  Of course I cringe looking at the drawing now, but the design of the character ended up more or less the same.” 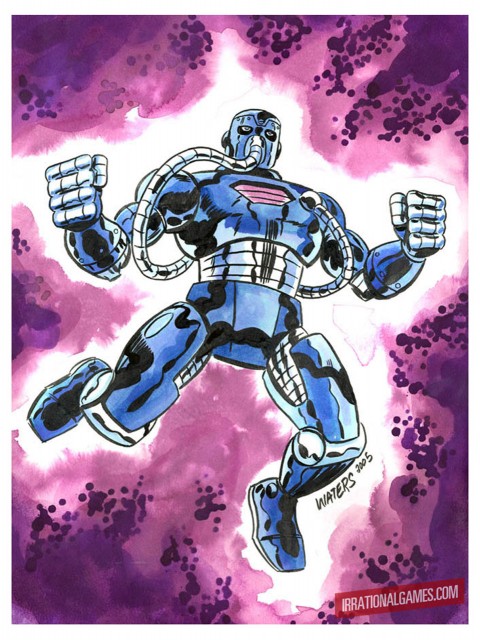 This image of Man-Bot is a combination of hand-inking and watercolor work.   The purple and black outline indicates the explosive potential of the Energy X always building inside his body.

This classic Freedom Force image shows Man-Bot in his in-your-face pose of the pugilist.  No tribute to the long sufferin’ man in steel would be complete without it. 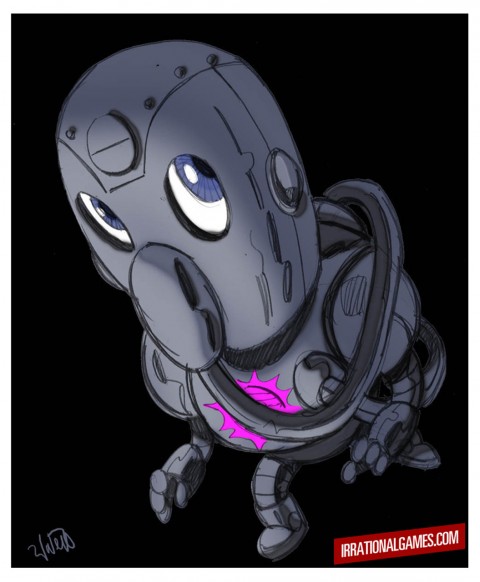 Drawn jokingly by Robb, this piece could have been the inspiration for an adorable sequel,  Freedom Force vs. Chibi Preschool Happy Fun Time. “For Freedom …and Juice Boxes!” 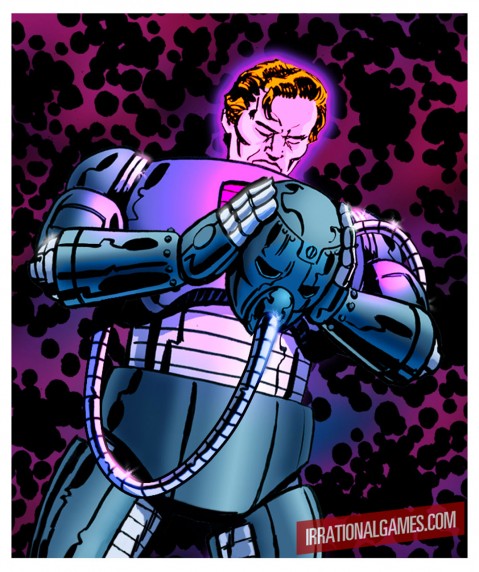 Don’t all tragic superheroes need a moment where they take off the mask and reveal their all-too-human faces? 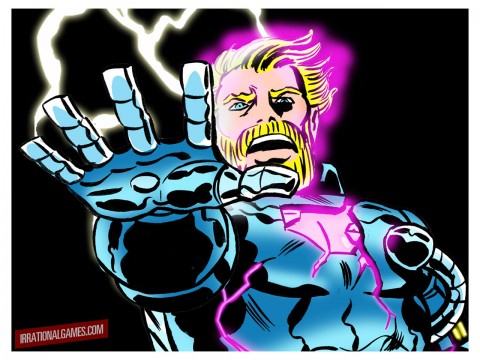 This image is taken from Freedom Force vs The 3rd Reich. Once again the ravages of a superhero’s life have caused Ted Taylor to doff his mask at the risk of cataclysm (and note the effulgent Energy X glowing through the cracks in his armor).   Man-Bot is older here, and sporting a beard remarkably unsinged, given the circumstances.