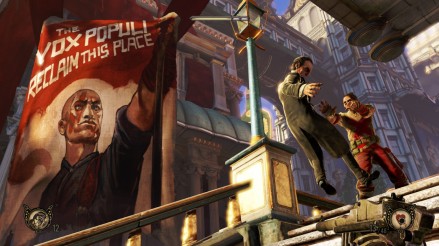 In the new video you’ll see some glimpses of the upcoming gameplay demo, which is being shown at E3 and which will be released in its entirety online in the near future. We’ve also got some additional video material that we’re going to be getting out the door even earlier. Stay tuned!