Recording weapon fire is hardly the easiest situation, even in the best of circumstances. There are so many considerations that need to be made in order to ensure the best possible audio fidelity, it can quickly become a daunting task. However, when the gents from the Irrational Games audio team traveled to a gun range to capture the sounds of battle for BioShock Infinite, lady luck smiled upon them, giving them a great day to go shooting. 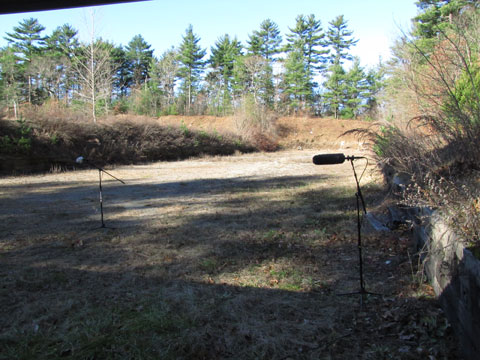 “We basically gathered up all the gear we had, made an assessment and chose the best layout,” explains Audio Lead Scott Haraldsen. The layout that was settled on was fairly robust, allowing a great range of audio frequencies to be captured, and the options the team had afterwards were certainly inspiring when dealing with the task at hand. Four mics were dedicated to close-weapon recordings, with several stereo recorders placed throughout the range – 150 feet away pointing at the weapon, 300 feet downrange pointed away from the guns, and an omni-directional mic right in the center of the field.

The reasoning behind this approach is to capture the entire dynamic soundscape. While some of the mics placed further downrange would capture the echo from the weapons, the ones placed a bit closer to the source would be able to best capture the immediate transients. 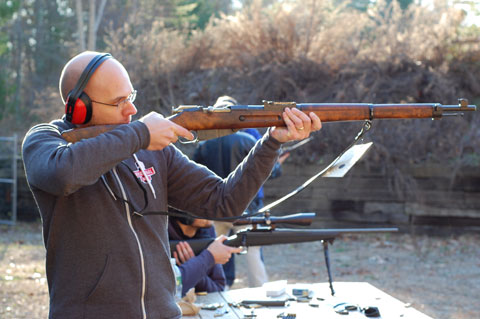 When the team focused on the finer details of the sounds a gun makes, they also noticed that there are specific audio characteristics, giving each weapon its own personality. When someone listens to a gun being fired from a few feet away, there’s that distinct, sharp pop most associate with it, but when shooting the guns themselves, a new experience awaited. When firing a weapon, the team could hear all the fine mechanical sounds the weapon had to offer. They’d be able to hear all the metal parts moving around, even hearing the bullet leaving the chamber, all over that small timeframe.

“There’s a lot of action taking place, so there are interesting characteristics that you’d never really know about without firing a gun,” Audio Principal Patrick Balthrop said. “What makes a gun sound interesting from first person is actually how the gun is designed; the mechanics of it, the materials of the gun – metal, wood, the actual firing mechanism. It’s possible to record that stuff, but we decided to take what we heard in first person and design those intricacies later.” 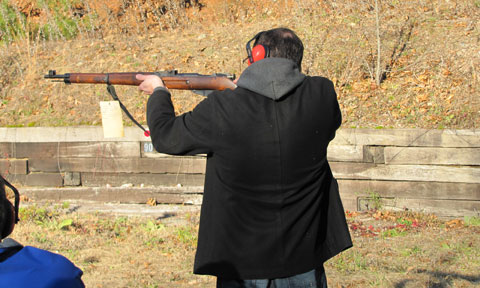 After hearing those mechanical sounds when firing these guns, the team opted to ensure these characteristics were properly captured. The mechanical action of each weapon was recorded separately from the firing session since the sound of the gunfire was overwhelming the microphones. “To make all of our guns feel more tactile, we’re building a lot of that mechanical action back into the guns, because otherwise it would have been missed,” says Senior Sound Designer Jeff Seamster. “When you’re holding a machine gun and you’re aiming down the sights, we want this to feel like this jangling, unstable machine in your hands, so you’re getting that nice clack each time the slide comes back. Each time you have a grip or a piece of hardware jingling on the side makes the guns feel that much more visceral, exciting and dangerous.”

Be sure to check back next week for part two of our trip to the gun range, in which our heroes pull the trigger.