Cosplayers of DragonCon (and PAX)

The weekend spanning August and September this year brought with it two great conventions in the form of Dragon*Con in Atlanta, and Penny Arcade Expo in Seattle. This year, IG.Sarah and IG.Kayla went down to Dragon*Con, where they took photos, met cosplayers, and collaborated with Nathan Carter of Avidchick Productions for another great cosplay event at the Georgia Aquarium, while I took the trip out West to PAX. Read on for a small photo essay, and if you’d like to see all of the pictures, head on over to our official Flickr page.

First up came the annual Dragon*Con cosplay parade, featuring many BioShock cosplayers and even a Songbird float created by the cosplay group that included a Big Daddy, a Big Sister, a Splicer, and a Little Sister. 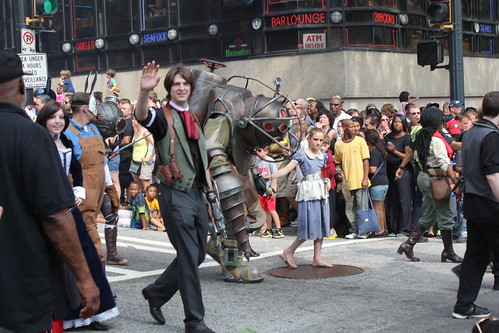 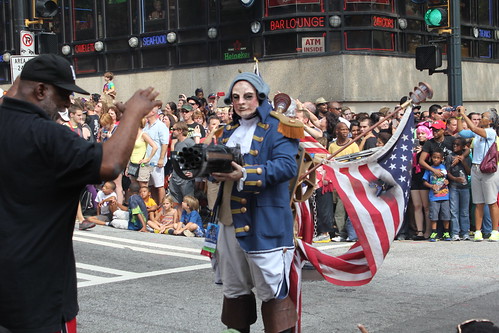 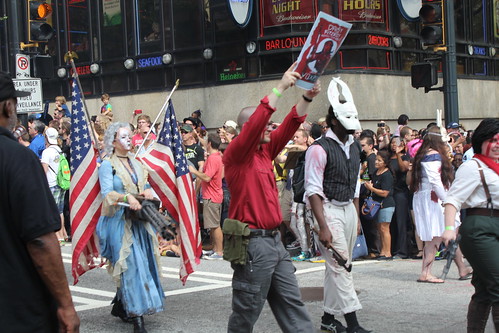 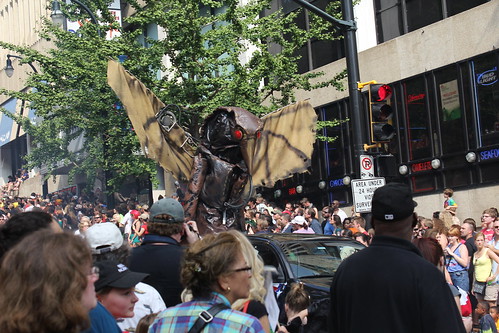 Our team met up with some cosplayers directly after the parade to take a few group shots. View the full gallery here. 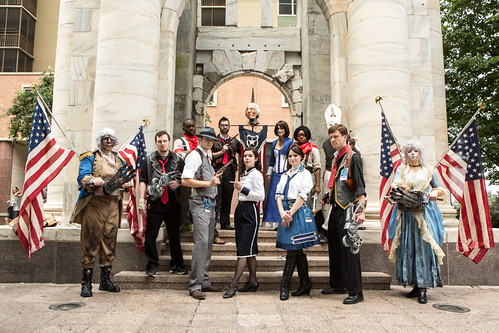 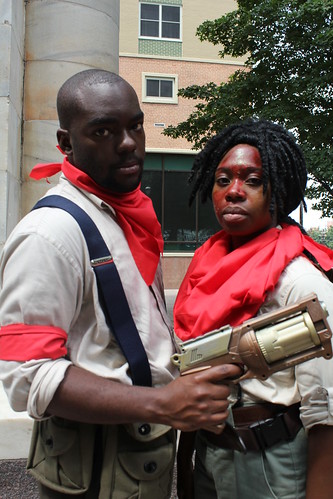 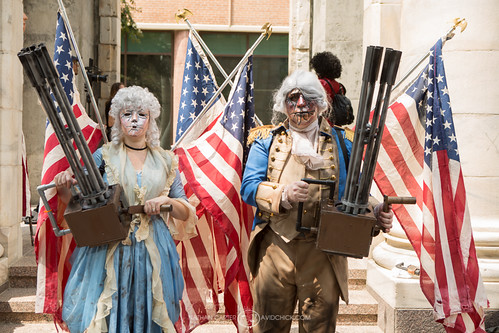 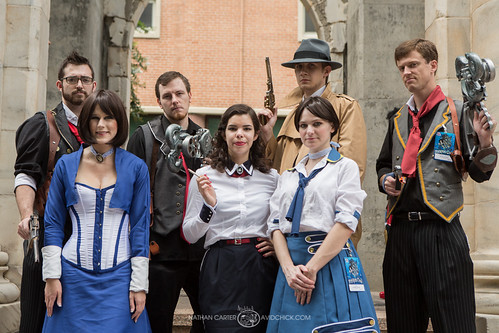 It was then time to head to the Georgia Aquarium, where nearly 100 BioShock cosplayers showed up. Let’s start with a group shot to thank all of the amazing fans in attendance. You can view all of the photos in our full gallery here. 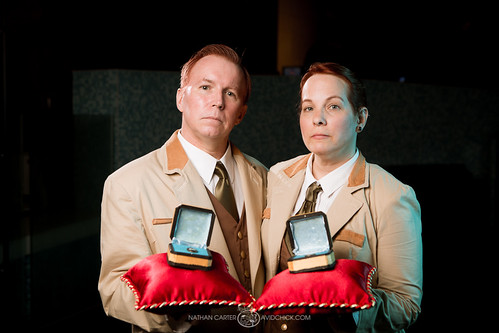 Regarding the below photo from IG.Sarah and IG.Kayla: “Maneuvering the crowd with the Bouncer was amazing. I found myself shouting ‘Excuse us! We have a Big Daddy coming through!’ with Little Sisters on either side of me helping clear the path while the Bouncer came roaring in behind us, his suit emitting Big Daddy noises the entire way. This costume was an incredible piece of craftsmanship that we were so excited to see in person.” 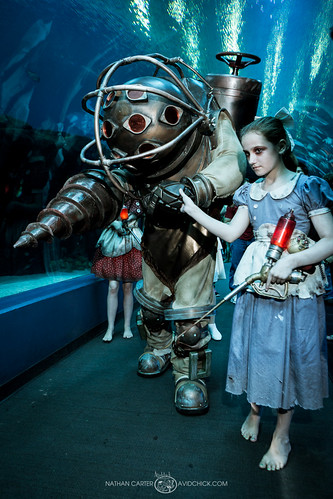 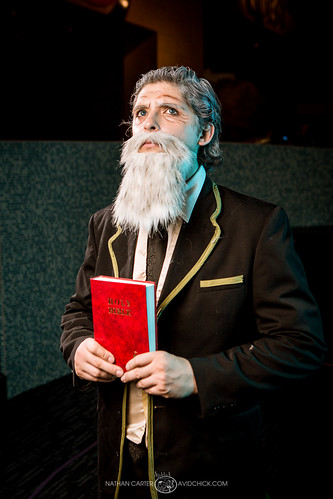 Yes, her hands were illuminated with plasmid-filled energy, below. 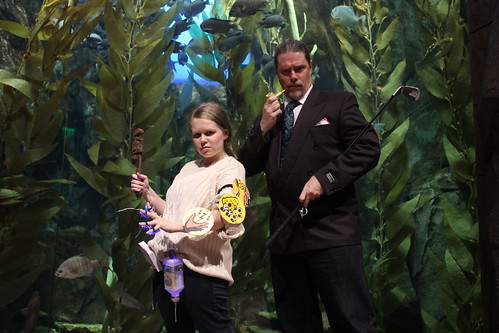 The picture below only touches the surface of this amazingly mounted Motorized Patriot head, which even spoke lines directly from BioShock Infinite. Video here as well. 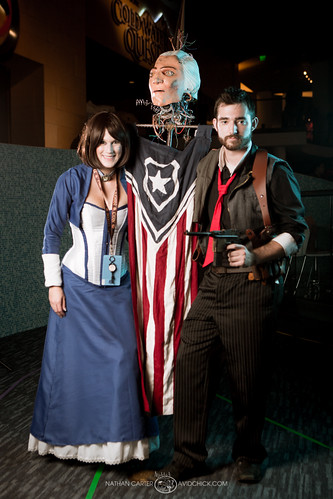 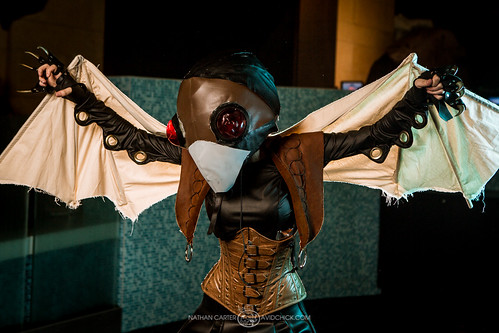 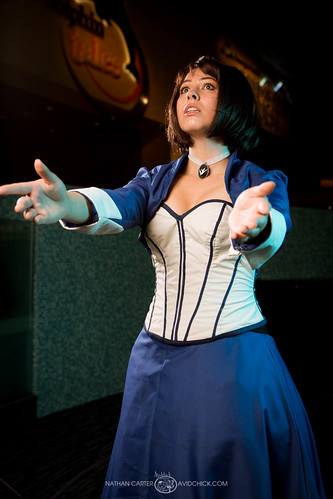 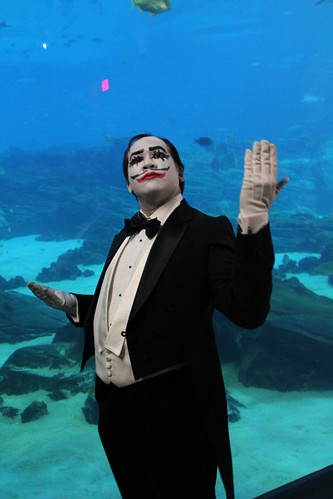 There was also a very special moment during the aquarium event, as told by IG.Kayla and IG.Sarah: “We were roaming back and forth grabbing cosplayers for shoots when we happened upon a very cheery Booker and Elizabeth couple in the middle of grabbing a drink. We asked them to join us for a shoot in front of a tank and whisked them away with another Booker and Elizabeth for a group shot. While we set up, the first two we met informed us that not 10 minutes before we found them they had gotten engaged at the aquarium event! Naturally we were honored that they chose to get engaged while cosplaying from BioShock Infinite, and we are so thankful that they let us intrude upon their celebration toast so we could shoot with them!” 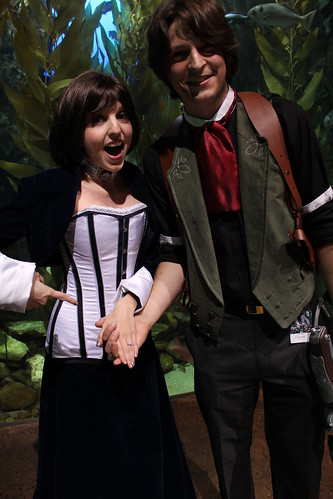 On the opposite coast, I attended PAX and ran into some amazing cosplayers, including a 4-foot-tall balloon Big Daddy (with a non-balloon Little Sister), a 6-foot-tall cosplay Big Daddy, a Handyman with working arms and a light-up heart, and some of the friendliest Bookers and Elizabeth on the convention floor. Make sure to click here to see the full gallery of photos. 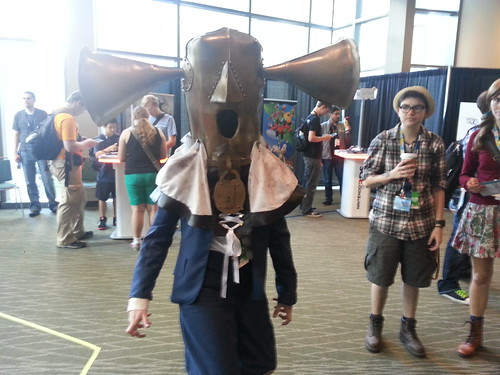 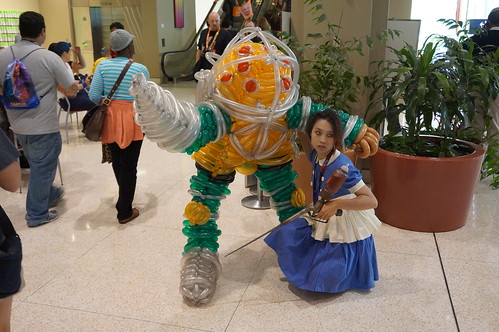 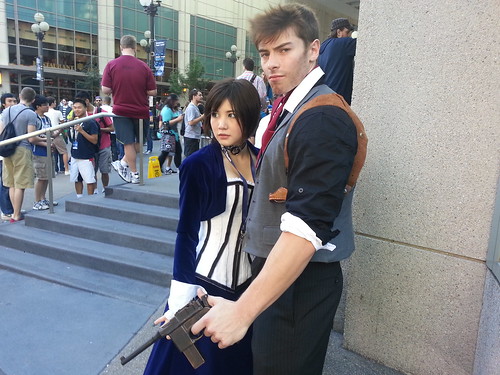 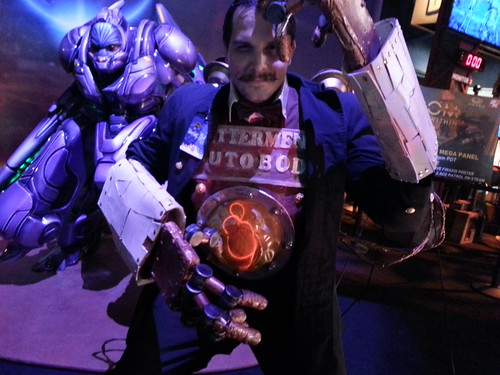 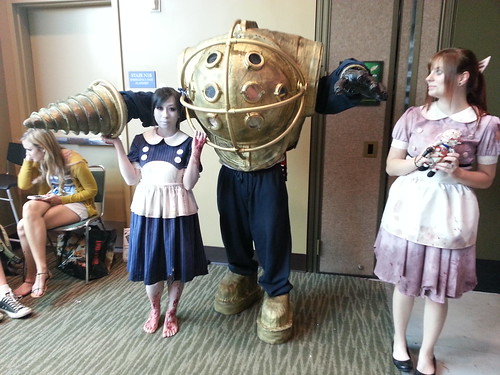 We can’t thank enough all of our amazing fans who came out to Dragon*Con and PAX, since every single cosplay we saw was absolutely amazing with some incredible attention to detail. We only have room on here for a handful of photos, so please view all of the photos here. Thank you again to all of our fans for all of the time and effort put into your cosplay, as it really means so much to everyone at Irrational Games. We applaud your efforts.