In parts 1 and 2 of the series, we followed the sound design team for BioShock Infinite as they journey to a local gun range to capture the elements that will make the game’s weaponry both unique and realistic.

But were they successful? All signs point to yes.

The team had several specific objectives to meet.  It wasn’t that they were starting from a completely blank slate; Irrational already has a large collection of audio assets to draw from, but much of that library is sampled from more modern weapons.  While that’s hardly a bad thing, they believed a broader-and older-range of weaponry would help players feel that little extra something when in combat.

As soon as the team heard the older firearms being fired, they knew they were right – these were the sounds they were looking for. “There’s a beautiful pop that makes standing behind a gun feel so dangerous,” says Senior Sound Designer, Jeff Seamster.  “Frankly it was something we were missing – but we have that in our guns now!” 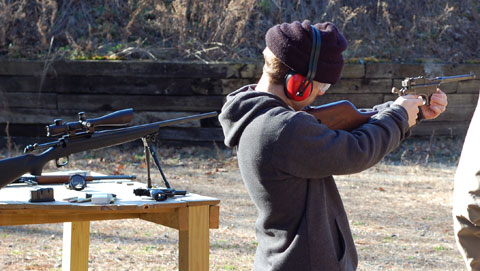 The distinct sounds of these guns come from the materials that they were made from, and the very nature of their engineering. Modern weapons are designed to minimize recoil, flash and report while getting ammo downrange. Turn of the century firearms were designed to reliably fling lead as hard and accurately as possible, period. “As soon as we picked up these weapons, we knew the trip was worth it,” Seamster continues.  “There were a lot of clunks, and that’s exactly what we were after.”  Those ‘clanks and clunks’ combine with raw explosive power to create an imposing aural experience that simply can’t be faked by modern weapons. 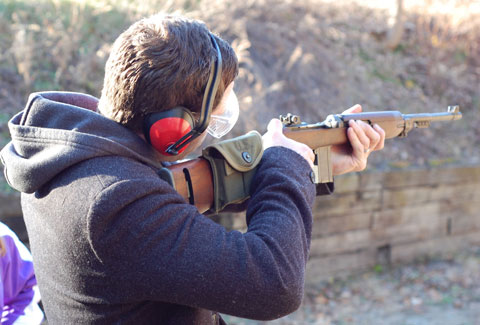 But as much fun as recording live-fire was, it was really just the beginning. After the recording sessions, the team had plenty to work with – countless samples they could simply drag and drop. But to create each BioShock Infinite weapon, in every combat situation, requires molding those samples into something unique, something signature.

“We have stuff like these beautiful tails of the gunshots from the mics we placed way down range,” Seamster says. “There’s the big boom, but we also have the echo of the bullet crack, like, for example,a big Colt revolver echoing down a city street. We’re assembling and designing these sounds as we go, and by doing it with those pieces we captured from each of our recorders, we get something that feels better to the player than any purely realistic recording could.”

It’s a balancing act between hyper-realistic and satisfyingly awesome.  For example, the team noticed that when they were firing these guns for themselves, they would often hear the mechanical sounds of the weapons overwhelm the actual explosion of the gunpowder.  While it was definitely memorable, that sort of accuracy would lack the “pop” that makes a gun feel so threatening.  So carefully, sample by sample, they’re building the boom back into each gun.

Critically, the role of the sound designer isn’t just to be a mimic for the virtual environment, but to help craft the experience.  Audio Director Patrick Balthrop cites a sound design aphorism: “it’s not thunder; it’s the memory of thunder.” The sound of thunder isn’t exactly the most notable noise on its own, but when it’s coupled with the context of the storm that makes it memorable.  Thunder can be terrifying, portentous, or even soothing in the distance.  The rain, lightning, wind and world all contribute to a lasting memory of thunder.  And a gunshot is no different.

“Being there in person reinforced the belief that memory is a really powerful thing,” says Balthrop.  “I’ll always remember the first time I shot a gun in an emotional way.  I’ll bring that feeling to all of my designs, including something as simple as a gun.  People might think that’s a really boring thing, but in order for it to sound immersive, the emotion needs to be designed back into the recording.” 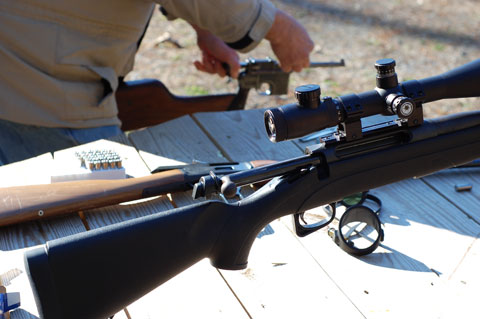 Whatever the team did during this recording session, they seem to have done it right.  Care to hear the final result? Get your hands behind, say, a Rolston Reciprocating Repeater when BioShock Infinite launches later this year. 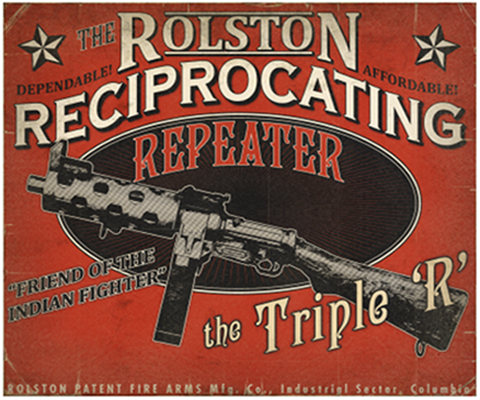 The gun may only live in the world of Columbia. But the feeling you’ll get from firing it started on a gun range in Massachusetts.